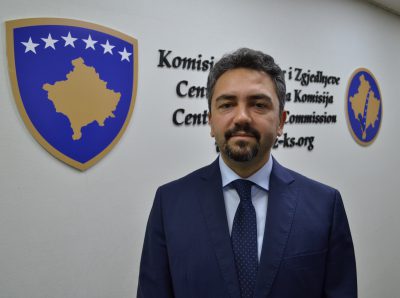 Kreshnik Radoniqi is a judge in the Special Department of the Court of Appeals from 01.07.2019.

Radoniqi graduated from the Faculty of Law of the University of Pristina in 2006, while the exam of jurisprudence passed in July 2007. In May 2013 he completed his Master studies in the USA – North Carolina.

He started his professional work in the District Court in Peja as an intern from May 2006 to May 2007. From 2007 to 2008, he worked as a Senior Legal Officer in the Ministry of Justice in Prishtina, while from February to September 2008, he worked as a lawyer in Peja. During this time, he also worked as a Legal Advisor at the Financing Agency in Kosovo.

From September 2008 to August 2012, he worked as a Legal Advisor of judges of EULEX in the District Court in Peja.

On June 14, he was appointed Chairman of the Central Election Commission by the President of the Republic of Kosovo, Vjosa Osmani.