Central Election Commission has established the Office for Political Parties Registration and Certification (the Office). The Office is responsible for the maintenance of the registry of political parties, certification of all political entities that will be included in the ballot and limiting the expenses of campaigns and provisions for financial statements. The Office is led by the Executive Director who reports directly to CEC. 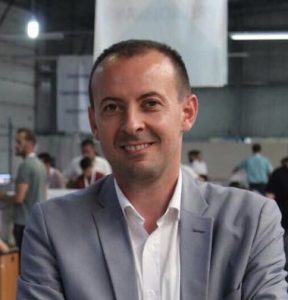 Yll joined CEC as Executive Director of the Office for Political Parties Registration and Certification as of August 2019. He is a development professional with nearly 20 years of experience in elections, democratization, human rights and good governance-related activities in Kosovo, Iraq and Afghanistan. Prior to joining CEC, Yll has served as manager in Helvetas (a Swiss organization), as deputy country director for IFES Kosovo and earlier as an Officer for the OSCE in Kosovo. In Kosovo, Yll contributed to development of media self-regulation, formal and informal youth representation structures, minority community caucuses in Kosovo, parliamentary development support especially development of women and youth assembly caucuses, and a number of public policy initiatives.  As an international specialist, Yll served as an adviser for the Iraqi out-of-country voting and for the Afghanistan provincial and central assemblies’ elections. Yll holds master’s degrees in democratization and human rights from the University of Bologna and University of Sarajevo, specializing in state-building processes in Southeast Europe. Yll is currently a PhD candidate in Public Governance and Administration at the South East European University.

Requests for registration of political parties can be submitted in the Office every time, from Monday to Friday during regular working schedule (08:00-16:00).